Over the past decade, my research interests have been at the intersection of Computer Science, Mathematics and Molecular Biology. On the applied level, I mainly design analytic approaches, efficient algorithms and tools to answer key questions in Bioinformatics, with a special focus on RNA biology. These questions include, but are not limited to:

Some of these questions are related to universal properties of biopolymers. In such cases, they do not necessarily require considering a specific sequence, or overly sophisticated (and complex) energy models. Provided they can be accurately rephrased at such an abstract level, I typically strive to provide (asymptotical) analytic results using standard tools and techniques (generating functions, singularity analysis...) borrowed from the fields of enumerative combinatorics and analytic combinatorics.

More complicated questions may still lend themselves quite nicely to exact resolution through polynomial time/space algorithms, usually based on dynamic programming. The concepts and design principles underlying such tools can sometimes be generalized to some other application contexts in bioinformatics, such as comparative genomics.

Sometimes, the problem turns out to be computationally intractable, or provably hard in the well-defined meaning given to the term by the field of computational complexity theory. In these situations, I try to establish what makes the problem hard, and how to possibly work around the hardness result either by adopting a classic parameterized complexity approach, or by simplifying the model in order to achieve an acceptable tradeoff between expressivity and tractability.

In the (increasingly common) cases where the problem is hard to analyze, or increasingly as a first approach to test exploratory hypotheses, I tend to adopt a probabilistic perspective based on random sampling within adequately controlled distributions, such as the uniform distribution or the Boltzmann distribution.

SPARCS is a program to analyze structured and unstructured regions in coding RNA sequences. Uses a random model preserving both the amino acid sequence and the dinucleotide content, enabling a computation of accurate z-score values.

Design of RNAs with multiple conformations. Uses an FPT dynamic programming scheme to sample sequences under expressive constraints to solve the positive design of RNA.

Fragment-based design of RNA sequences, combining a (constrained) global sampling strategy for the generation of seed sequences with a flexible local search optimization.

LocalMove solves the discretization (aka best on-lattice fit) for 3D macromolecules. Fits the polymer backbone to a discrete regular set of points (lattice), using a local search (MCMC) based on local moves.

Some of my activities besides scientific research and teaching: I have also kept busy in the past by being:

While my main activities are in scientific research, I regularly teach at the graduate and, less recurrently, undergraduate levels.

*Well, fun for me, but probably an acquired taste (at best) for you 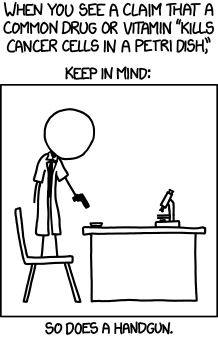